A rising sophomore in the University of Tennessee Chancellor Honor’s Program, Abby Bower excelled in her freshman year. Abby, a journalism and electronic media major, was named to the dean’s list in Fall 2015 and recently awarded the journalism faculty scholarship for the Fall 2016 semester. She will be studying and doing an international internship in Sydney, Australia, for the Spring 2017 semester as a participant in the UT’s College of Communication and Information study abroad program.

Last summer, Abby interned at WBIR and will work there again this summer in the news department.  As part of her work at WBIR, Abby served as producer for “Reaching Recovery: Pregnancy and Addiction in East Tennessee,” a documentary by Land Grant Films at UT, which was done in collaboration with the Metropolitan Drug Commission and WBIR. It aired in March. She will again be a producer on Land Grant’s current project, a documentary in collaboration with Bridge Refugee Services. She also has done work for the Volunteer Channel at UT and writes for The Daily Beacon.

Abby is also a marketing team member for UT”S Central Programming Council and a member of UT”s Chapter of the Society of Professional Journalists. She participates in the Ignite Serve and Spark leadership programs and plays intramural sports including soccer and flag football. 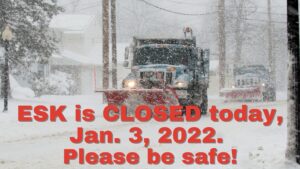